Stover and the Miscanthus Solution Part 2 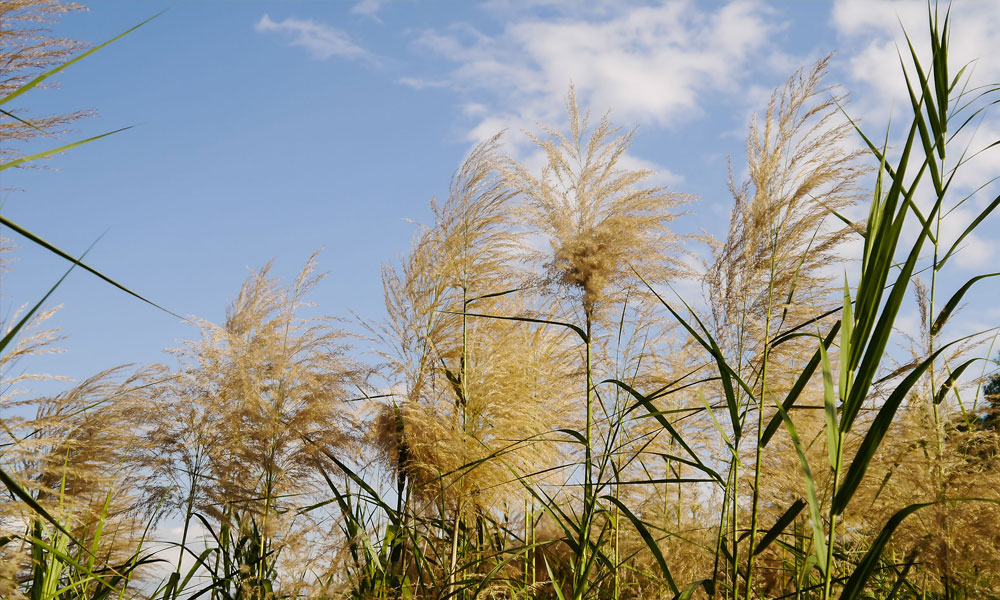 In a previous post I detailed how intensive corn stover utilization for livestock feed replacement and cellulosic ethanol production causes soil degradation through nutrient removal, erosion, runoff and minimizes the soil’s water holding capacity. Due to the current fertilizer prices, which are at a relative low, the financial incentives for harvesting stover, for whatever intended use, is a major driving factor in this current increase in harvest totals. Coupled with intensive use of distiller grains in livestock feed (a by-product of the ethanol industry) and the soon to be expanding cellulosic ethanol sector, I don’t see a change of course from the increasing stover use. There are alternatives I feel can make a real difference, especially where soil preservation is an issue, and soil preservation should be an issue for every agricultural situation.

Miscanthus as a Solution

Giant Miscanthus (Miscanthus x Giganteus) is a C4 perennial grass that has been studied in Europe for use as a biomass crop for the past 40-50 years. This crop has gained recent increased attention in the United States for various uses through public and private research initiatives, most notably in the Midwestern U.S. The University of Illinois (Urbana-Champaign) and Iowa State University (Ames), among other institutions, have led some of the most in-depth agricultural and financial analysis of growing this crop in areas that have perpetually been dominated by corn and soybeans. Some of the most promising results have come from marginal fields with low soil organic matter that are restored through decomposition through annual leaf loss and less decreased soil compaction.

Some of the major benefits to the soil include:

• Nutrient Management through senescence in the fall as nutrients are pushed back into the rhizome system.
• Sterile Hybrid, minimal chance of becoming invasive
• Increases Carbon Sequestration and Fixation over other C4 and C3 crops
• Broad growing range in multiple types of soil, water inputs and latitudes.
• Increased yields while allowing for 30-50% dry matter retention on the field for soil improvement
• Less inputs (herbicide, fertilizer, crop tending) resulting in lower nutrient loss from runoff and soil compaction and higher water/organic matter retention.
This last bullet is what really caught my attention. As our farming practices have resulted in more and more fertilizer inputs in conjunction with erosion and runoff problems we flush incredible amounts of Nitrogen, Phosphorous and Potassium (N-P-K) down our streams and rivers and ultimately into the Gulf of Mexico. This effluent agri-waste is nutrient rich and allows an immense algae bloom in the region of the gulf where the Mississippi enters it. This bloom uses up all available oxygen and creates a “Dead Zone” where no marine life can exist. In 2015, the dead zone was above the ten-year average and comprised an area of 6,474 square miles, roughly the size of Connecticut and Rhode Island combined, and this isn’t event the largest dead zone in the world. This is truly a global issue and we need to start exploring global solutions. Miscanthus offers but one small measure and we need to take a long hard look at this and other solutions before we cause irreparable damage our lands and our waters.
cornstovermiscanthusstovercalboendercal boenderchicagofeedmfiber