My Thoughts for Hillary Clinton and Donald Trump Part 2 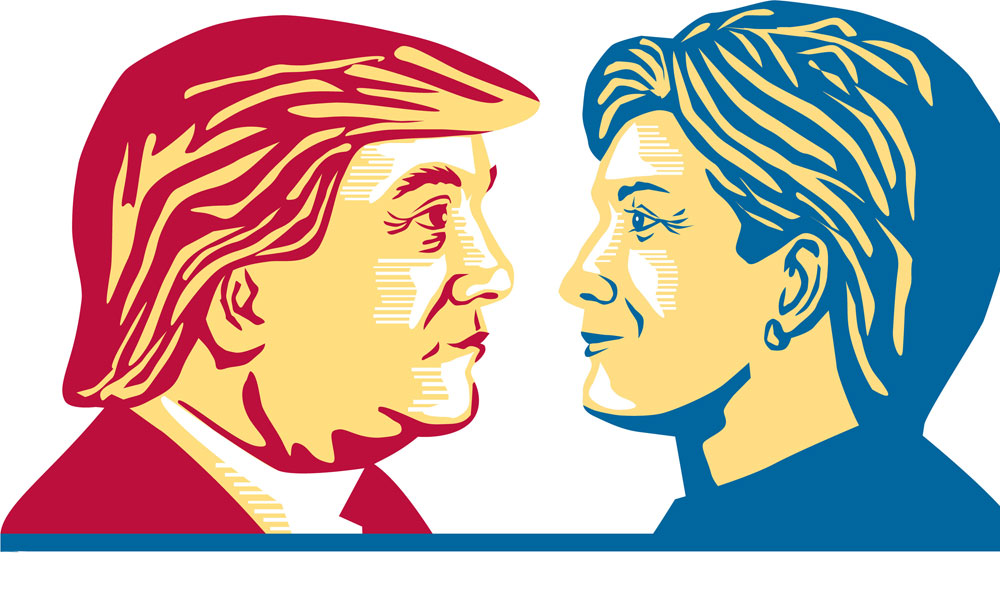 Americans were against foreign wars prior to World War II and I think “we the people” still are. We just have this super sexy military-industrial complex, which President Eisenhower warned us against, that keeps inventing drones and other toys that are too cool to not use. What if I said a hundred new terrorists are created every time a drone drops a bomb somewhere in the world?  We will never win an international battle against terror. Although, if we just focus on America domestically, we can minimize our terrorist issues and let three thousand miles of ocean on our east and west coasts do the rest. Yes, a foreign power could someday send a nuclear missile our way, but that country’s leaders better be ready for the United States to turn their country into dust.  The military-industrial complex loves the fear of these ideas to keep us involved overseas, but the man on the street in America knows that Pakistan has a bomb, Iran is almost there and, if it happens, it will happen with or without foreign intervention.
So, besides saving money by not dropping million dollar bombs on third world countries and big water saving domestic infrastructure projects, what can Hillary or Donald do to find a balance between our twenty trillion-dollar deficit and our real twenty percent unemployment rate?
Well, many of you are too young to know about the Bell System. Bell had a division called Bell Labs which was formed in 1925. Bell Labs hired extremely brilliant, nerdy scientists who, for years, developed amazing technology. At its peak, Bell Laboratories was the premier facility of its type. Its scientists developed a wide range of revolutionary technologies, among them were radio astronomy, the transistor, the laser, the modern digital computer and the programming languages C and C++. Nokia now owns Bell Labs, which has over 32,000 patents of which 15,000 are active.
If our new president just recreated Bell Labs and gave it ten billion dollars a year, it could revolutionize the way you live and the jobs you may have through inventions.
This is where our company, M-Fiber, comes in. We took a common, Asian plant, which has been a decorative hedge for thousands of years, and developed the farming and manufacturing processes to produce one of the highest quality insoluble fibers in the world.  We sell our product for half the price of other high-quality insoluble fibers.
Now, if you made fifty thousand dollars in 1995, you have lost about fifty percent of your spending power in 2016. So, again we need an American economy where you earn one hundred thousand dollars per year or we need one million companies like M-Fiber that cut your cost of living in half through creative thought and hard work.
We need a president that believes in what she or he cannot see and can give us those million innovative companies through Bell Labs II.
Just remember, America is an amazing thought, not a place, and it can be moved. Let’s keep it forever in the United States of America.
Finally, I have one last thought. The mainstream media makes money by keeping your attention and not necessarily telling you the whole truth. The media would have you believe that we Americans are a chaotic population in constant conflict. I do not believe this. I think civilized and law-abiding Americans may be more united in heart and spirit now than in any time since the Revolutionary War. We Americans want peace, good ideas to rise to the top, and to be allowed to live free and prosper.
We want some privacy, but we want our policing agencies to have the respect and data they need to stop the criminal element.
There is a lot of excellent and accurate information on the internet. All you have to do is turn off the TV and mainstream media. Go online, search, review information, and make your own decisions that are not biased by the media. We the people are smarter than the mainstream media gives us credit for. I strongly believe in “we the people” of all race, color and creed.
Election 2016TrumpHillaryMfiberCal Boender