The Accidental History of the Propeller 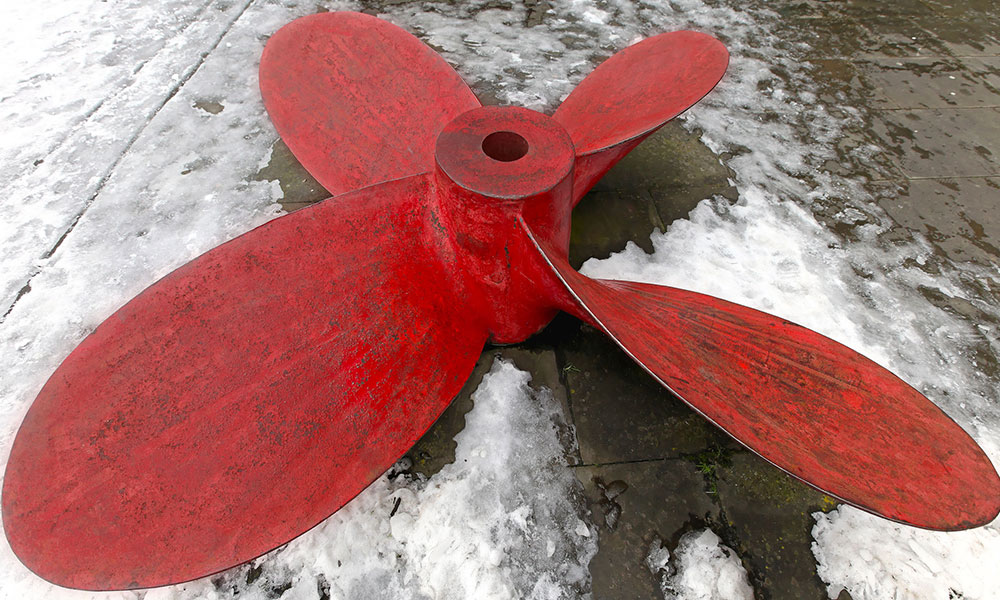 One of the aspects of history that always fascinates me are those little accidental discoveries that seem at the time to be minor setbacks but reveal themselves over the course of years to become paradigm shifters. History is littered with examples dating back to the beginning of recorded history and each example has a lesson to be learned. One of these accidental discoveries has been influential for almost the last 200 years and it came to be due to one man’s dogged resolve to prove out a point.

Sir Francis Pettit Smith was an English farmer, son of a rural postmaster and avid builder of model boats. He was mainly interested in how boats propelled themselves through the water and was fascinated by the idea of the Archimede’s Screw, a helical flange surrounding a central shaft – the same can be found on any farm within a grain auger. During the period that young Smith was building his model boats, steam driven paddle wheels were becoming the go-to means of propulsion for non-sailing vessels. Smith (as well as few others on parallel tracks of invention) knew that there was a more efficient method in the screw-type propeller and he set out to prove his point. To prove out his theory, he designed and built a prototype boat powered by a wooden screw with four full revolutions. (How he milled the complex shape is a remarkable feat in and of itself). As this prototype boat was underway on a test run the screw propeller hit an underwater obstacle, breaking off the last three revolutions of the screw. Initially deemed as a failed experiment, Smith decided to run the boat on the broken remaining single turn screw. What he found, much to his amazement and delight was the altered propeller performed far better than the original.

Smith went on, with a single-mindedness, to refine his design ultimately producing an efficient single turn screw propeller. After receiving some financial backing, Smith designed a built a 237-ton ship he christened the Archimedes and raced the fastest paddle wheeler the British Navy had to offer at the time, beating the naval boat handily. Today, with further refinement and computer aided milling, these complex screw propellers are found on every boat and ship sailing the seas. Smith’s invention revolutionized the maritime propulsion, making it a cheap and effective means to move countless tons of goods across the oceans, lakes, and rivers. It has completely changed modern economies through the inexpensive movement of goods on a global scale. The Port of Longbeach (CA) for example moves between 6-7 million twenty-foot cargo containers annually, and that’s just one port on the west coast.

So next time you buy just about anything that was shipped on the water, which describes just about everything, you have Sir Francis Pettit Smith to thank for keeping those shipping costs (and overall prices) low. He didn’t give up when his first experiment busted up on the rocks, he observed what happened and discovered a better way. As I said, history is filled with these types of “little” accidents that turn out to be anything but little.