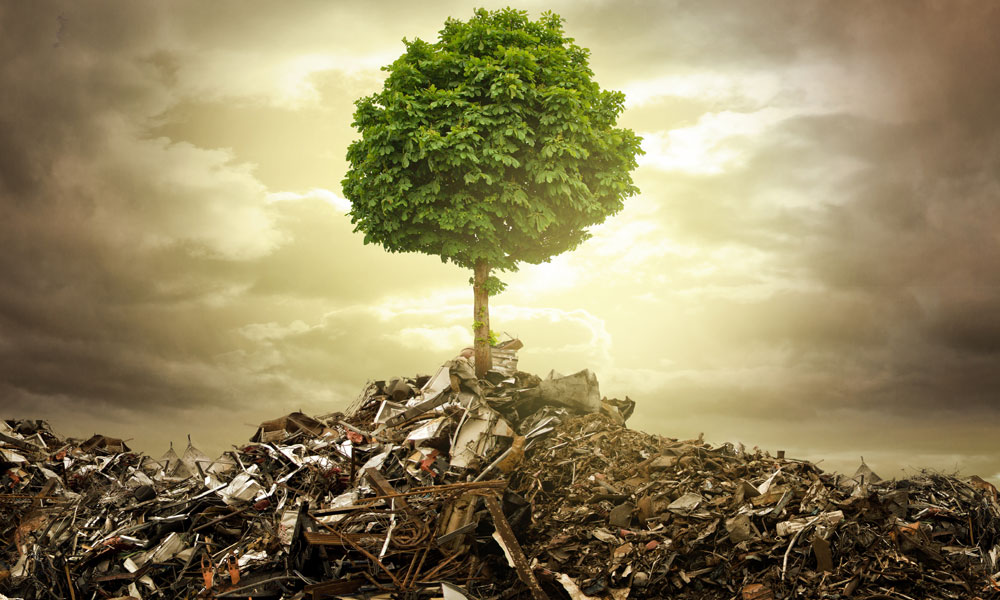 During the often loud and attention-getting display of global trade wars, China quietly announced a new directive to the world, telling the US, Japan, and Europe they are not willing to be the world’s garbage dump any longer. For the last two and a half decades, China was the largest repository for our accumulated plastic wastes, taking over 2/3rds of the global plastic waste produced annually. By ceasing their role as the accumulator of these wastes, it has sent muted panic throughout the world as plastics begin to pile up in landfills or await an uncertain destination on barges and in shipping containers.

The trash of the world

As we dutifully separated our HDPEs and PPs and other recyclables into our blue bins and left them at the curb each week, little thought was paid to where all this plastic ended up. As someone told me once “when you throw something AWAY, that AWAY is another person’s HERE.” What that means for US-based sanitary and waste management companies is that they now have to find a place for the accumulated plastics. In 2016 alone, the US sent 693 Million Metric Tons of plastic waste to China. That equates to just over 2.1 Metric tons per person, every man, woman, and child. Recyclers are now scrambling to find other countries willing to take plastic wastes but no other country has near the capacity that China had for these 25 years. As wastes accumulate, they are more and more being dumped in landfills, to spend the next 500 to 1,000 years sitting there without decomposing. In addition to sitting in landfills, more and more plastics are finding their way into the ocean. It’s gotten so bad that it now has a name, “The Great Pacific Garbage Patch”, found between California and Hawaii and covering roughly the size of Texas. This patch is directly causing harmful effects to the fish and whale populations as well as indirect pollution through leaching of toxic chemicals into the ocean as plastics break down.

I get those plastics are some of the most useful materials on earth, exhibiting so many useful characteristics while being able to be formed, molded, blown, stretched and configured into any shape imaginable. We have a global addiction to it and I don’t see that ending cold turkey any time soon. A few notions that I would like to explore in future posts include smarter engineering to reduce volume in plastic parts, more research into organic fiber-based materials, better methods of domestic recycling our current plastic production and alternatives to plastic. I feel we are quite literally throwing away a great opportunity here. But it will take some serious action on the part of designers, manufacturers, consumers, and probably some government intervention to really address this issue.
PlasticsChinaHDPEsWaste